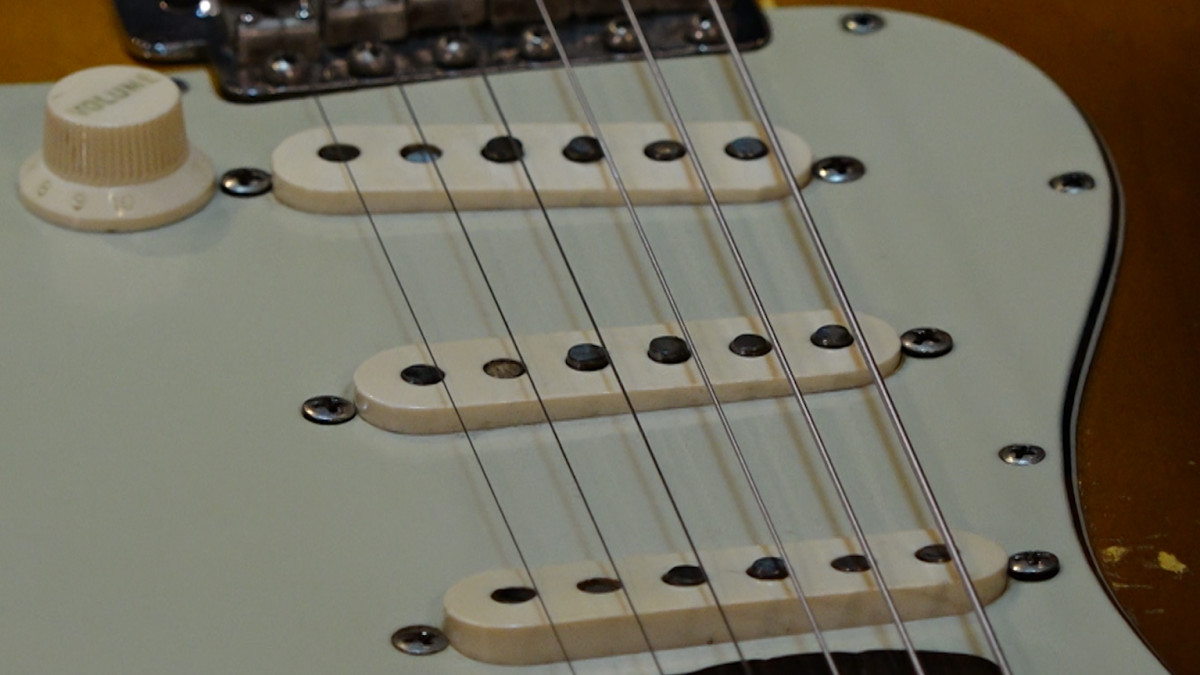 In 1954 Leo Fender changed the world with the invention of the Stratocaster. As we get closer to celebrating the 70th anniversary of the Strat, not much has changed.  From guitarist Rex Gallion’s contour suggestions, L.A. session ace Freddie Tavares’ body sketches, to Fender chief of sales Don Randall giving the guitar its name, Stratocasters still have three classic 3 single coil pickups, 2 tone knobs, and a volume knob.

Not counting the ever evolving tweaks players have made and continue to make with regards to wiring and phase of the pickups and knob functions, there have been slight changes in aesthetics over the years that Fender has implemented that are what we now call “representative” of a specific period / decade. This time, I’m going to shed some light on knobs and pickup covers from the 1950’s and early pre-CBS 1960’s strats.

By 1957, the Strat settled into it’s iconic form.  This journey started by replacing the brittle plastic originally used for Stratocaster pickguards, control knobs, and pickup covers was replaced with a more durable plastic in 1955. Serial numbers, originally located on the back tremolo plate, were moved to the neck plate in early summer 1954. The round string holes in the back tremolo plate became oval-shaped in 1955. Pickup magnets were changed from alnico 3 to alnico 5 in late 1956, which is also when the headstock’s round string retainer was switched to the “butterfly” string tree with a “half-tunnel” guide for the B and high E strings.

Right now, I want to focus on the knobs and pickup covers from this time period. Pickup covers from classic 50’s strats have rounded edges.  Because these were originally made from a more brittle plastic, they have a tendency to crack and disintegrate over the years.  Check out the photo below.

This is a Fender Custom Shop Master Built 1954 Stratocaster and is a great representation of what an original Strat would have looked like when it was new.

Here’s an original (it has been refinished) but we’re looking at the knobs and pickup cpvers remember.

Also note the “top hat” shape of the knobs as well. They are tall and have a thin “brim” with smaller numbers.

And a very weathered original.

If we compare those characteristics to my vintage 1960 Strat, you’ll immediately notice the thicker pickup covers and their sharper edges.

It’s also easy to see the larger “brim” on the knobs and larger numbers as well.
I personally prefer these knobs with a bigger “brim” because my fingers can get a better purchase and adjust on the fly in the studio or performing live.  Other fellow players feel the opposite.

For a close point of reference, here are 1950’s spec replacement knobs followed by a 1960’s version.

I hope this has shed a little light on the subtle differences between these years and how you can easily identify them armed with a keen eye and this knowledge.