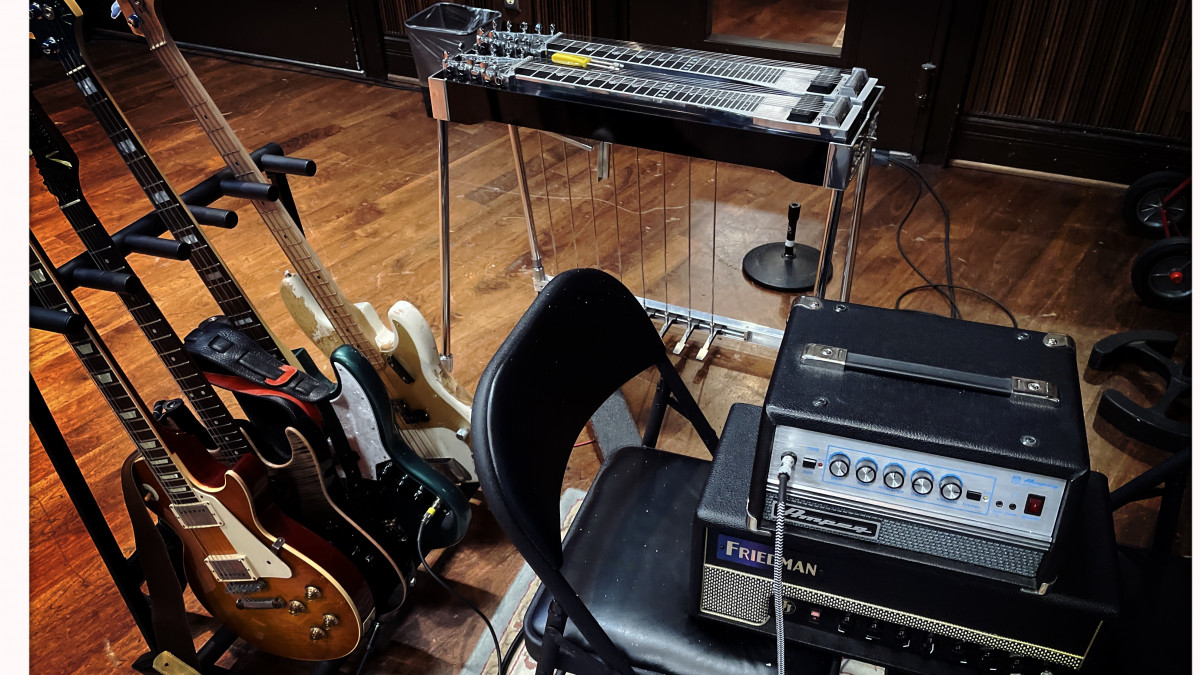 How to stay focused and balanced on sessions where you play more than one instrument and great advice from Vince Gill.

Recently I was talking with a fellow multi-instrumentalist musician about how to stay focused, serve the song, and see the bigger picture when playing more than one instrument on a session or whole record.  This isn't something out of the ordinary for most sessions players.  we've all developed at least one other instrument to grind on when needed.

My first "secondary" instrument was the square neck Dobro.  That was in 2005 when I had just finished my DMA studies at USC and I was really getting into resonator guitar playing and bluegrass.  I was then, and still am, a huge Jerry Douglas fan. Long story short, I started a bluegrass quartet in Hollywood, we played all up and down the Sunset Strip, and got signed to a record deal. Since then, I've had a chance to play the dobro extensively in other countries, including several high profile tours in China, and on many, many records.  I've even had the privilege to get to know Jerry and work with him as well.

These days it's not uncommon for me to play other instruments on sessions, and while I love doing that, there's a very real negative downside that I call: 'too much me'.  But what if it is just you? What if you're really interested in wearing all the hats either out of necessity or desire? It's not uncommon for artists to play everything on their records.  Everyone from Brian Eno, Todd Rundgren, sElf, to Jon Belion has made interesting and relevant recordings with minimal creative input from outside sources.

How to you avoid the 'too much me' trap? I going to suggest some tips on just that.  First, start with your thinking.  If you're laying down something on your old Fender Precision Bass, approach your bass lines the way a bass player would instead of just merely aping your guitar line 2 octaves down.   I love transcribing bass lines from songs that really strike me as exceptional.  One of my favorite bass players, who is self-taught, is Colin Moulding from XTC (still my favorite band).  I find his bass lines to be so innovative, hyper melodic, and a continuous source of inspiration.  Playing along with a great song on the bass really helps me get into that head space and focus on the three T's: touch, tone, and 'tude (attitude).  I like to do this with the other instruments (to the best of my ability).

The main thing is that there needs to be a bit of a plan as to what the roles are and how things will fit together.  It's a very interesting headspace to be in because you want to try to evaluate each instrument's 'performer' on its own merits and not be afraid to mute any part of the performance that doesn't serve the song.  And that's really the main point, you want to stay focused on the larger picture - the emotion of the song.  That's what your audience is going to relate to and not the licks (or lack of) of any instrument.

I remember several years ago I had lunch at the legendary Pancake Pantry here in Nashville after I'd just come out with my "Nebraska House" record.  We talked about guitars, guitar heroes (everyone from Don Rich, Knopfler, and Clapton to name but a few) and we talked about playing style.  He mentioned that he likes to save his '"solos" and "licks" for the live show and that for the records. Basically, he was saying was serving the song.  I looked at him straight on and said 'I don't have that kind of discipline'.  I was still trying to 'prove' myself in the guitar community and was totally invested in trying to re-invent my proverbial wheel of guitar solos for every song.  High stakes.  I was totally ego-driven, and didn't really let the wisdom of what he said really take root until many years later - serve the song.  Now to be fair, Vince had his recorded "shredding days" as well especially when he was younger (although he's still an amazing player!). But the simple truth remains.  Serve the song.

As the years have passed by, I've grown more and more familiar with serving the song and really staying focused on what I want the audience to focus on and highlighting what is important.

So, no matter what you pay, or how many instruments you may deem yourself session-ready, always remember that it's the song that matters and your job(s) are to bring out that content as much as possible.